In her first blog post in this series, Megan Kowalski talked about the power of using templates with her middle school students to help them build confidence as writers. Drawing from They Say / I Say by Gerald Graff and Cathy Birkenstein, Megan taught her students first to use templates and then noticed over time that they began to move away from the templates and make their own choices. 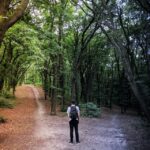 Photo by Vladislav Babienko on Unsplash

When I reflect on what happened in that process, I’d like to consider what I really did was address something called decision fatigue, which I will address in more detail below.  In providing them with a template to create a strong first draft, I’d removed a lot of the little choices they’d need to make along the way to generate text.  This freed up their mental energy so they could focus it more fully on developing their ideas in response to the prompt.  Instead of spending energy choosing between two words, students were able to spend energy exploring their own ideas and deciding how best to defend and explain those ideas.

Teachers make a lot of decisions during a typical day. Some of these decisions are relatively minor (what shoes will I be most comfortable in today?) while others are pretty important (how am I going to address a student’s recent trauma?).  Students also make a lot of minute-by-minute decisions that feel huge to them, especially as they enter adolescence.  While teachers may be especially prone to decision fatigue, our adolescents are likely even more prone to this feeling because every decision they make feels equally important– in short, every decision matters an awful lot to them.  In really considering the idea of decision fatigue in my students, I realized that it might greatly impact their writing and that there might be a way for me to address their decision fatigue through templates.

Decision fatigue is exactly what it sounds like; it occurs when a person has become overwhelmed by the number of decisions they have to make and does not approach making new decisions with the same energy as before.  Adolescents are just as prone to decision fatigue as the rest of us, if not more so.  Cutting down on the number of less important choices students need to make in their writing allows room for them to put their decision making energy into bolder choices that truly display their intellect.

According to a New York Times article titled “Do You Suffer From Decision Fatigue?” decision fatigue is related to the idea of ego depletion or a lack of availability of mental energy.   In several studies described in the article, participants were asked to make decisions early in the day before being presented with a series of other decisions to make, or later in the day after many decisions, small and large, have been made.  Individuals in the study were far less likely to make a bold choice after having made many decisions, even when those decisions were inconsequential, than individuals who were faced with the same decision to make earlier in the day.  Those making decisions early in the day were more likely to take risks and try something new than to err on the side of caution. Those same decision-makers opted to play it safe in decisions they made as the day wore on. 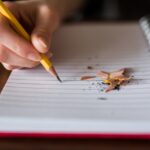 Photo by Thought Catalog on Unsplash

Adolescents don’t face fewer decisions than adults and I would argue that many adolescents are actually more susceptible to decision fatigue because many decisions adolescents make seem monumental to them.  For example, students at my school are required to wear uniforms, but many of them arrive at school having carefully chosen each item of their uniform for fit, comfort, and fashion in order to achieve certain means.  This sounds exhausting, especially given that uniforms decidedly limit the choices students have to make when dressing for school.  Because of these factors (and many others), adolescents are likely to come to their English Language Arts classes already experiencing some level of decision fatigue.  Not only did they have to consider which breakfast option would taste best, they also had to consider which breakfast option would reinforce whatever identity they are trying to build for themselves.

During the last couple of school years, I’ve gone back to having much smaller group sizes, and I am able to give the kind of one-on-one support I used to give, but I am still providing templates of assignments for my students to use for their first drafts–my response to ongoing decision fatigue.  As a result, my students continue to show greater interest and pride in their work, and I think they are really starting to see themselves as writers with something interesting to say.  While it may feel counterintuitive, I encourage you to try some form of a template on your next writing assignment to see what your students come up with.  The results might be surprising.

To view samples of the templates and rubrics Megan created, click here. 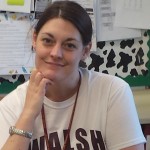 Megan Kowalski is a Chicago Public Schools teacher and a 2009 participant in the CRWP Summer Institute.  She teaches 6th-8th grade reading and math to students with disabilities, where she enjoys sharing her passion for reading and writing with middle school students.

This entry was posted in Reflections and tagged Writing Instruction. Bookmark the permalink.