Posted on December 2, 2019 by Deborah Meister 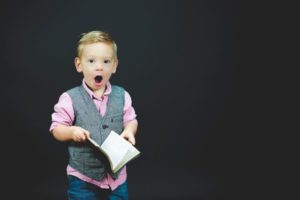 I learned long ago that “Show and Tell” is not just for early elementary students. High school students want to be recognized for the hard work they’ve done to hone their writing skills. I do silly things, such as add a sticker to a very well-written paper.  After many years of sustaining this habit, the students almost always receive their stickers with pride. It is a method of showing, that often leads to telling what they’ve written. For “Show and Tell” related to extending, I determined that I would take writing improvement a step further and make copies for each student in the class of a successful student writing move. I would hand out the sentence or the paragraph, and invite the other students to follow along,  as I read aloud. Then students would analyze their peer’s writing for the moves the student made, and copy the format as necessary in their own writing. “Peer Templates,” I call them. Graff and Birkenstein’s They Say I Say is a great resource for sentence templates, but my students appreciate seeing their peer’s writing even more.

As students are writing, I am looking for the student work that best exemplifies what I’m asking the students to do (“extending” in this case, but it could be any writing strategy). I will offer the student’s sentence or paragraph as a template for a similar “move” in a subsequent writing assignment. Having made the copies for the class, we look at it together to analyze how students can use their peer’s format for their own topic. I try diligently to find that “best” example, even if it is only a sentence, in the struggling students’ work, as well as in competent student writing.

This year, I invited students to individually analyze Stephen King’s “What You Pass On,” I asked students to individually analyze the article for FOCUSING ESPECIALLY ON its salient points, and then write an argument as a response to King’s claim that “you can’t take it with you, so pass it on.” They needed to argue their position using researched evidence to support their claim. Using their quoted evidence, they then needed to “extend” their claim in a direction not taken by King, and this is where the tension began.  Ben’s paragraph became the Peer Template that we analyzed for use in the subsequent argument essay on the students’ own topics.

As a sophomore, Ben’s writing was competent but never turned in on time, and I mean Never. He did not see himself as a successful student and stated in an autobiographical essay that he had “an irrational dread of school.” This year, he had turned in his response to King’s essay on time but incomplete, without a conclusion. However, Ben’s paragraph utilizing his extension of King’s claim jumped off the page at me. Ben wrote:

Everyone should improve the lives of others. Stephen King also mentions that helping others feels good, and that’s why people do it. In the article, King claims, “Giving isn’t about the receiver or the gift, but the giver. It’s for the giver.” He says he gives for his own sake. But he doesn’t mention that giving directly correlates to health. According to Save the Children, studies have revealed that giving commonly results in improved mental health, “a positive impact on the brain. Different chemical reactions can lead to an ongoing pattern of improved mental health and well-being.” This could lead to improved physical health. According to the article, depression and anxiety can often lead to, at the very least, negligence of one’s health, and at the worst, deliberate self-harm. So I think it’s safe to say, giving is for the giver, not just the receiver.

In Ben’s paragraph, the students can see his introduction to the author’s quote followed by his extension that giving relates to better health (bolded, here). Then Ben introduces his research to support his point, and his own summary of the findings (bolded, again). Since all of the students have just completed their arguments utilizing Stephen King’s article, they know what the article states and they can visually see Ben’s extending of King’s argument. 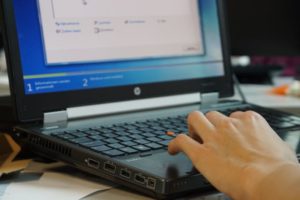 One of the often-noticed shortcomings in extending an author’s argument is the lack of an adequate introduction to the source author’s quote. That same lack of an introduction often can be found just before quoting supporting evidence.  Students seem to think that “According to X,” is an adequate introduction, but this abbreviated format usually leaves the reader wondering how the writer arrived at point B from point A. Ben’s lengthy introduction positions the reader in the center of King’s argument, rather than at the periphery. Ben’s first sentence in this paragraph summarizes the preceding paragraph and then Ben moves ahead with King’s next point. Ben uses King’s quote as a reiteration of King’s point, something most students do not take the time to do. Ben then extends the argument with his own train of thought about giving being related to the giver’s health. The reader is ready for the researched support, here from Save the Children.  Ben extends the researched quote further before neatly wrapping up his argument point.

When the students, Ben’s peers in his writing class, see and analyze Ben’s extending, they realize that hopping from point A to point B is not adequate. They recognize the moves Ben made and are willing to attempt to expand their own extensions from their research. They clearly see how the source author’s quote supports, rather than leads the argument, and that the extension is a natural flow, rather than an abrupt jump from the author’s point. By keeping the hard copy of Ben’s paragraph beside them as they write, they can create their own paragraphs using Ben’s Peer Template. “Show and Tell” allows student writers to practice the moves good writers make, writers within their peer group rather than professionals. It encourages these student writers to up their game, to strive to improve their writing, because if their classmate can do it, so can they. 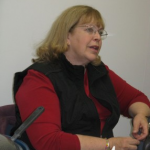 Deborah Meister is a high school language arts teacher at Fellowship Baptist Academy in Carson City, MI, and a Teacher Consultant at the Chippewa River Writing Project. She co-directed the CRWP Middle School Writing and Technology Camp for three summers at Central Michigan University with author Jeremy Hyler. She has presented on various writing topics with Dr. Liz Brockman, Kathy Kurtze and Janet Neyer at the NWP Midwest Conference, and the National Council of Teachers of English Conference. Her work has also been published in the Language Arts Journal of Michigan.

This entry was posted in Reflections and tagged Argument, Writing Instruction. Bookmark the permalink.