The College, Career, and Community Writers Program in the Middle School 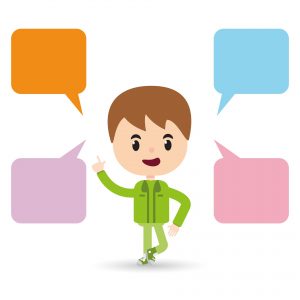 The middle school animal is a breed of its own.  Those who work with students in lower or higher grades look at middle-schoolers and shudder.  One can almost hear the audible ‘Ughhhh’ accompanying that shudder.  Middle-schoolers revel in being loud, verbal, and demonstrative in many shapes and forms.  One often wonders if they are teachable at this age.  After all, one queries, how could a screaming, pushing, fidgeting preteen sit still and be quiet long enough to take anything in?  Well, that’s the in: the College, Career, and Community Writers Program encourages and relies on discourse.  And believe you me, middle schoolers love to talk.

Routine argument writing, a continuous and informal C3WP element, begins with such short, carefully scaffolded lessons that it is accessible to students of all abilities.  Students might participate in “writing sprints,” “loop writing,” or a “human continuum;” or they might identify the argument in an image or complete a checklist.  And then, voila, they get to turn and talk! First with a partner, then with the whole group, where students raise and shake hands violently as they await their turn to verbalize their thinking.  Using sentence stems like “I believe ….,”  “I agree with so-and-so…” and  “I see what so-and-so is saying, but I also think…,” they learn to participate in a civil discourse that even the adults in their lives are often unable to do successfully.

Middle schoolers also love to work with a partner (which they view as another opportunity to talk–go figure!) As a teacher utilizes a robust range of the C3WP’s highly innovative and scaffolded, skills-based mini-lessons  and carefully curated text sets, students will learn to read carefully and with purpose, identify multiple perspectives on any given topic (not just pro/con), and eventually take a stand.  Allowing students to partner-read a text usually equals buy-in.  Asking students to read for a single purpose, like to find illustrating, countering, authorizing, and extending (all “Harris Moves” ) helps them focus their preteen brains with a single goal in mind.  The focused practice helps them to look at published works first to find and label the Harris moves the writer makes, allowing them multiple mentor texts to analyze and discuss.  Using the C3WP process, I have found that my students are thinking and talking like writers.  It also gives them the language they need to have these conversations, both as they talk about published works and as they talk about their own writing. 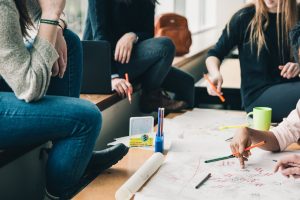 Despite their need to verbalize their every thought, often with little or no impulse control, middle schoolers also like to have rules. After all, if they didn’t have rules, they wouldn’t be able to tattle when a classmate breaks that rule. But teaching manners is part of setting rules and boundaries and promoting civil discourse, and it is my belief that using the sentence stems during class discussions helps establish the use of manners.  When a student makes a claim, and another student responds (after patiently waiting to be called on) by looking at the student who first spoke and saying “I understand what you’re saying, but I also think…,” they are using manners–a good thing.  Equally important, as they use good manners, they are putting into practice C3WP discourse principles that academic writing is conversation, and that they, too, can join the conversation. Even though when I first utilize this technique with my students it is something of a game to see how many of the sentence stems they can employ in one dialogue, it eventually becomes a part of who they are and how they speak to one another.  Once these patterns are in their speaking, they also come through in their writing. And I have to believe that if they are in their writing, they are in their thinking.

What better accomplishment can there be than to encourage your students to look at the world from multiple perspectives, to actively think, and to participate with good manners in civil discourse?!

Now that you’re  intrigued by the C3WP process and what it can do for you and your middle school students, stay tuned for another post on what worked (or didn’t!) in my classroom, or head on over to their website and explore it on your own! 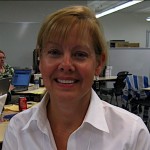 Kathy Kurtze teaches English and Drama at Carson City-Crystal Schools in Carson City, Michigan, and is an active teacher consultant as a co-director of the Chippewa River Writing Project at CMU.