Alligator in the Classroom

This is the second in a series of posts about inquiry-based learning in the first grade classroom.

In my last blog post  I wrote about the day a student’s dad surprised my first grade class with a preserved alligator head.  The surprise developed into an inquiry project through which my students had the opportunity to develop 21st century literacy skills.  In this post, I continue the story of the inquiry project in order to illustrate the power of inquiry-based learning for fostering the 21st century literacy skills outlined in the Framework for Success in Postsecondary Writing.

As you may recall, the students had each recorded a question about alligators in their I Wonder Books that they were keeping on the iDiary app on their iPads. Over the next few days, the students continued to show interest in the American Alligator.  Many students independently used Google to search for images of alligators and used the images to brainstorm additional questions. Others chose to read and view the pictures in the books I had placed in the reading corner. It was clear that they wanted answers to their questions. So, I decided that the work we were going to do with biographies would have to wait.   Abe Lincoln and George Washington really weren’t going to be able to hold their attention when they had so many burning questions about alligators.

To begin the shared inquiry project, I gathered resources about the American Alligator: images and articles from Kid Infobits, several videos from YouTube and, of course, traditional books.  I used the structures suggested in Comprehension and Collaboration: Inquiry Circles in Action by Stephanie Harvey and Harvey Daniels to guide the inquiry. Harvey and Daniels recommend a technique called backmapping in which the teacher examines his/her required curriculum and determines how to teach the objectives through the inquiry project that has captured the students’ interest.

This photo shows examples of the notes two groups of students took during  a “Stop, Think and React” activity.

I capitalized on the students’ high level of engagement to teach many of the Common Core State Standards for informational reading.  Each day during reading workshop, we would examine a text or video on the American Alligator.  I would design my mini-lesson to address one of the CCSS. For example,  I used a modified version of Stephanie Harvey’s comprehension strategy “Stop, Think and React,”  to teach the students how to identify key details of a text (CCSS.ELA-Literacy.RI.1.2 ).  I would read aloud a short section of the text and then I would stop.  The students would then turn and talk to their learning partner about what we had just read. After discussion, one partner would record the key idea from those pages in words and/or pictures on a post-it note.  The partners would alternate who recorded the ideas for each section.   Often, the students would ask me to re-read a page or a passage as they debated the most important idea to record.  They would get very excited whenever what we read answered one of their questions.

Using text features to locate key facts and information in a text (CCSS.ELA-LITERACY.RI.1.5 )  was another lesson that was a natural fit for the inquiry project. When we were down to just a few unanswered questions, we would pick one question we wanted to work on for that day.   I would show the students several books and read the titles.  They would select the one they thought was most promising giving reasons to support their decision.  Then I would read the table of contents in that book and they would help select the section to read that they thought would answer the question.  We repeated the process until we found the needed answer.  The students felt like they were on a big treasure hunt, and I was teaching the CCSS in real and meaningful ways.

For two weeks, students listened, viewed, read, took notes, shared ideas, and compared information from different sources. I was able to address almost all of the standards for informational reading in my lessons, as well as providing opportunities for students to develop some of the habits of mind outlined in the Framework for Success in Postsecondary Writing:  curiosity, engagement, persistence, and responsibility.  Often the activities would go longer than the 20 minutes I set aside for a mini-lesson and,  cognizant of six-year-olds’ short attention spans, I would tell the students we would stop for the day and finish the activity the next day.  On one such occasion, Colton called out,  “We don’t need to stop. I could do this all day.”  Inquiry-based learning was making teaching and learning 21st century literacy skills easier than I ever imagined.

In my next blog post, I will continue the story of the alligator inquiry project to show how the project provided opportunities to teach 21st century writing skills including these skills taken from the Framework for Success for Postsecondary Writing: 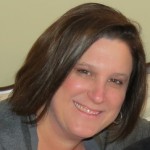 Tricia Clancy is a first grade teacher at Eastlawn Elementary in Midland, Michigan.  She was a part of the CRWP Summer Institute in 2013 and now serves as a teacher consultant.